The theology of the Kingdom plays a unique and crucial role in the historical legacy of the Vineyard.

A unique set of factors came together in synergy at the historical genesis of the Vineyard movement.  John Wimber was a professor at the Fuller Theological Seminary School of World Missions, specialising in church growth and church planting. I recall visiting him soon after that period. I noticed a whole set of theses that had been submitted to him on church growth related subjects. He was particularly well versed in what works and what does not work in church planting. He worked as a church growth consultant for a number of years as well. This laid a foundation of practical knowhow about church planting and missions for the Vineyard movement.

A unique set of factors came together in synergy at the historical genesis of the Vineyard movement.

While John was at Fuller, the New Testament Professor was George Ladd, author of various books on the Kingdom of God—notably, The Presence of the Future.  Ladd was not a particularly famous or leading New Testament theologian in his time, but he was a credible scholar by international standards. His primary distinctive was to introduce the rediscovery of the theology of the Kingdom to the Conservative Evangelical theological world, where he was highly regarded. Since the apostolic period, the eschatological (relating to the destiny of humanity and the end of the world) framework of Jesus’ message was largely lost. During the 19th century, oriental scholars discovered a whole world of literature from before, during and after the New Testament era. During the 20th Century these discoveries led to an explosion of inquiry and debate about the “historical Jesus” and what he meant when he referred to, “the Kingdom of God.” The essence of this rediscovery was that the language and thought forms of Jesus were saturated in eschatology (end of the world language). Ladd summarised and articulated the results of this development, drawing on the more sensible international biblical scholars of the time.

A feature of the revival was power encounters, normally linked to deliverance from demonic related drug abuse. The story of Lonnie Frisbee and the phenomena that broke out in the Vineyard (then, Calvary Chapel) is now well documented. This linked well with the data John was receiving in the Fuller Missions faculty about the role of signs and wonders in church growth and became the subject of his famous MC510 course. Prior to his time in Calvary Chapel, Wimber had been a Quaker pastor. The Quakers were so named because they “quaked”, or shook when the Holy Spirit fell on them in their meetings.

Quaker history was an important grid through which John perceived the phenomena of the Jesus People revival. All this came together in a unique synergy. Phenomena of power, or signs and wonders, through the grid of Quaker history, was integrated into the rediscovery of the theology of the Kingdom—a theology that is ideally suited for such an integration, since we know that Jesus taught and demonstrated the inbreaking of the Kingdom, or as Wimber put it, did the words and works of the Kingdom. Ed Piorek, in his wonderful teaching called “Classic Vineyard,” explains how the early meetings usually had three ingredients.

First, there was worship led by John—the kind of intimate worship that leads one into the presence of God. Second, John would teach on the Kingdom—normally referencing Ladd’s theology of The Presence of the Future. Third, he would initiate  ministry time” which took on a rather Quaker-like flavour—praying for, inviting and waiting for the Holy Spirit to fall.

John would teach on the Kingdom

Various scholars have used phrases, or slogans to encapsulate the Kingdom message and ministry of Jesus. Many speak of the “already” and the “not yet”, some talk about “living in the interim”, but perhaps the best phrase, which is now fairly widely used, is that Jesus taught and demonstrated “inaugurated eschatology.” The powers of the future world or of the end of the world (the eschaton) were already being inaugurated in Jesus. The end of the age was beginning to take place while this present age was not yet terminated. This way of viewing what Jesus stood for is now widely established in biblical scholarship. In fact one can not pass through a faculty or seminar of any academic credibility today without being exposed to this understanding. However, Jesus did not just teach about inaugurated eschatology, he demonstrated it. He actually inaugurated the future Kingdom!

While one can find a perception of what Jesus did, and a great deal of theorising about it, in biblical scholarship today, very few scholars will be involved in trying to inaugurate the Kingdom themselves, or call the church to demonstrate it today. Theory does not lead to practice. It is equally true that while Conservative Evangelicalism is now fairly aware of the theology in inaugurated eschatology, the same is not as generally true in Pentecostal circles, where there is a commitment to the demonstration of the Spirit. The Pentecostals have their own theological paradigm for signs and wonders, but it is not the paradigm of inaugurated eschatology.

Theory does not lead to practice.

Wimber was therefore into a fairly rare thing, created by a unique synergy at the historical genesis of the Vineyard. He was into enacted, inaugurated eschatology. Or, to use another phrase, Wimber initiated the model of “empowered Evangelicals” with a Kingdom praxis. As far as I know, there are only two movements in the world today that have made enacted, inaugurated eschatology their primary theological paradigm. They are the New-Wine movement, borne largely out of Wimber’s ministry, and the Vineyard movement. There are a number of other young movements where a few leaders here and there understand it very well, and will now and then refer to this paradigm, but I have not yet found other movements, as movements, that have made this the whole basis of their theology. If there are, I would like to be informed. Many operate out of the classical Pentecostal paradigm, or out of a Restorationist framework, but these are not the same. There are also many who one could describe as “empowered Evangelicals” but few of them are into a Kingdom praxis. They would generally subscribe to a Reformed theological paradigm (holding to the five points of Calvanism, Reformed theology emphasises God rather than being man centred—it is God that chose us rather than we that chose God; it is he that works in us the gifts of salvation and transformation), and then repudiate Cessationism (the belief that spiritual gifts died with the apostles as the Bible was completed). This does not mean that they are into enacted, inaugurated eschatology.

We have a legacy of Kingdom theology

One of my deep concerns is that a generation of leaders will emerge in the Vineyard who do not know where we have come from and that we will lose our heritage. Let me express my concern like this: we are, or should be strong on three things. First, due to the legacy of missions and church growth, the Vineyard is very pragmatic. We can innovate new ministry models on a regular basis. We have no historical rules of procedure to bind us. We can close down models that do not work. This is great! Second, we have a heritage of encounter, or of Holy Spirit power ministry. We could be described as fairly mystical in our worship.  We are definitely into experience, or we are experientially driven. Third, we have a legacy of Kingdom theology, which I have described as enacted, inaugurated eschatology. If one looks at the Methodist movement historically, a movement John had great respect for, one finds much similarity to the Vineyard: an excellent pragmatism (they were not called “methodist” for nothing) and a history of revival and experiences of “blessing”—as they called it. However, the Methodists were never strong on doctrine, or on their theological foundations (as, for instance, the Reformed churches are). Unfortunately, therefore, theological liberalism had more of a devastating effect on Methodism, when it came, than on many other movements. I fear that if we cut loose our pragmatism and our experiential orientation from our theological legacy, we could become a very liberal movement within a generation.

In other words, most of those who are in the Vineyard today have some background in either Conservative Evangelicalism (often of the Calvary type) or in Pentecostalism (often the Restorationist type). Both these traditions have made a rich and wonderful contribution to the ecumenical church and will continue to do so. However, neither are really what the Vineyard is. If we lose our theological roots, and leave enacted, inaugurated eschatology behind, we will collapse into two default modes—namely Conservative Evangelicalism or classical Pentecostalism. If this occurs, we will fail to leaven the ecumenical church with a fairly unique flavour. This would be tragic.

Derek Morphew is an itinerant Vineyard bible teacher and theologian based in Cape Town, South Africa. He obtained his education at Michaelhouse, Balgowan (Matric and Post Matric A Levels), Rhodes University (BA with majors in Biblical Studies and Systematic Theology) and obtained his PhD at the University of Cape Town in the field of New Testament Studies. His career has moved through three phases; first as a pastor and church planter, second as a pastor/mentor to pastors and third, focusing on theological training and education in the Vineyard. He developed and directed Vineyard Bible Institute from 1998 to 2009. He is married to Karin, an artist, and has two daughters, Shean and Jeanne. 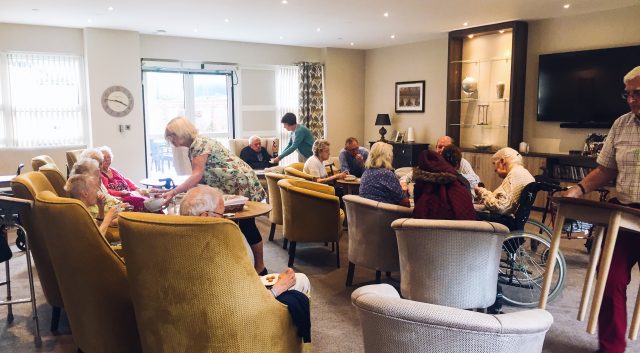 Planting a Congregation in a Retirement Complex 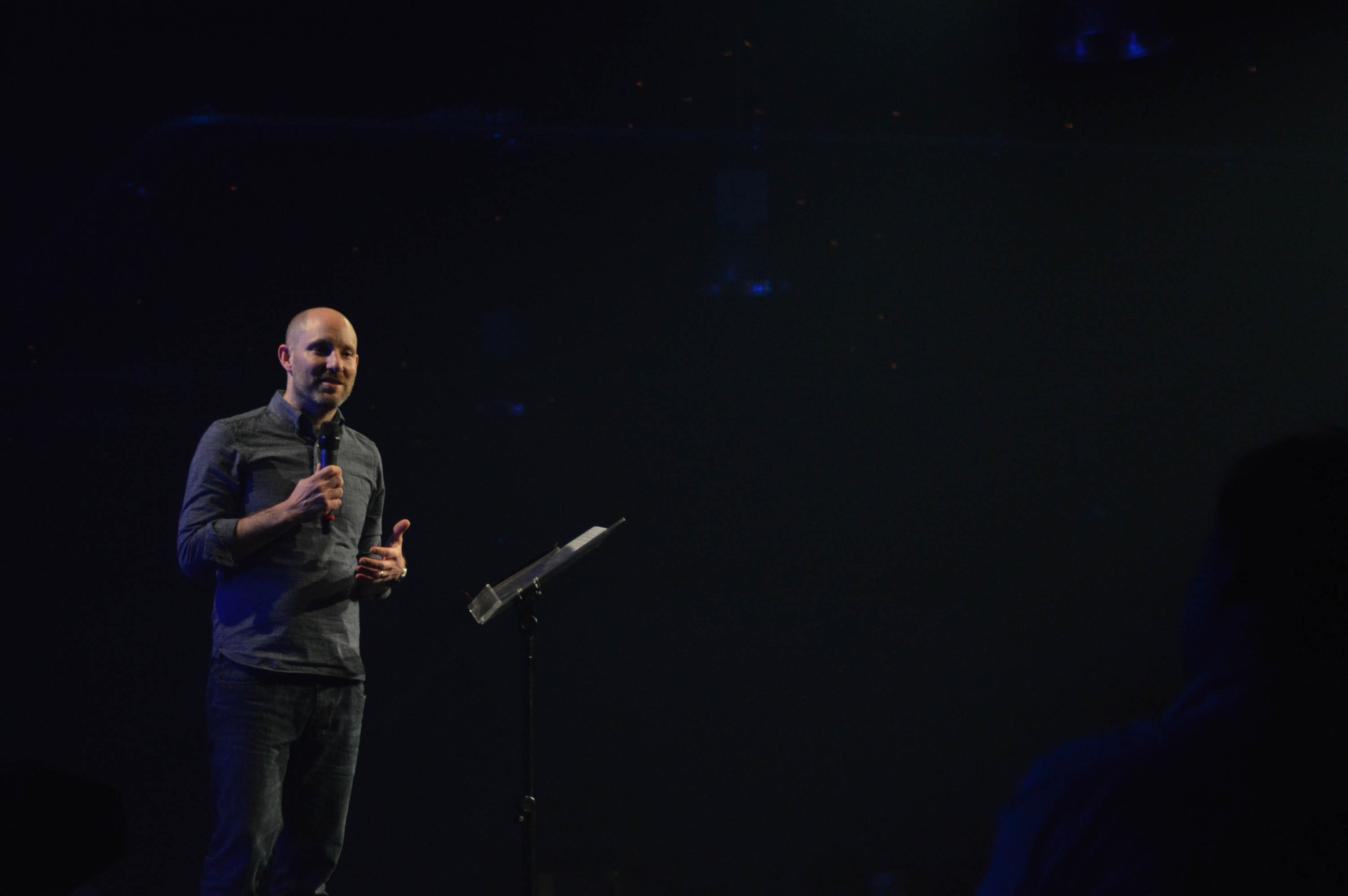 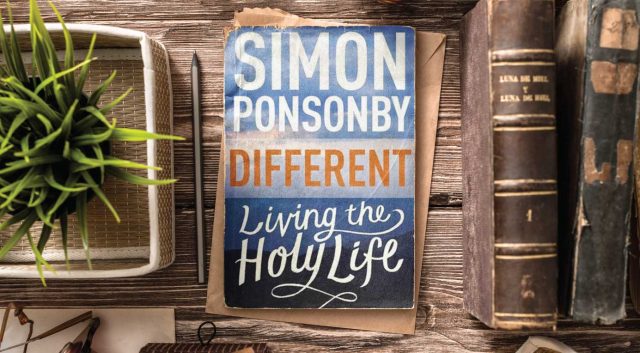 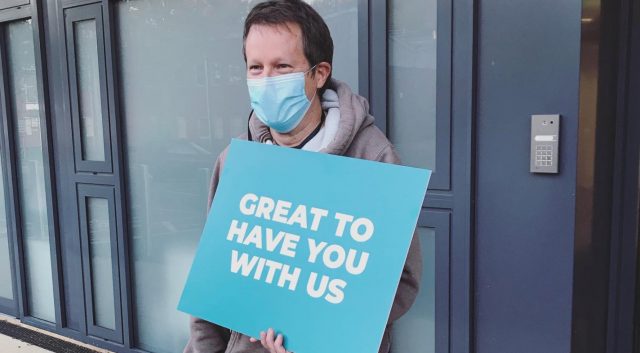 Back to Church in-person: how one church found it 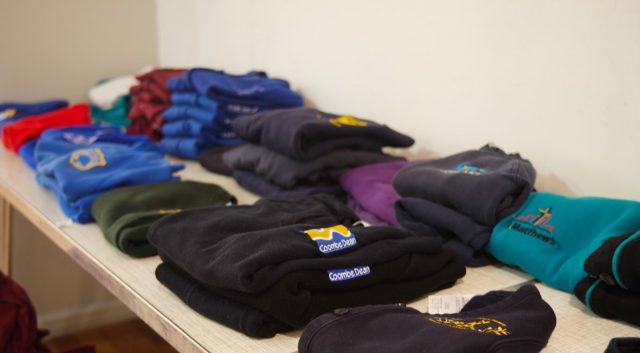 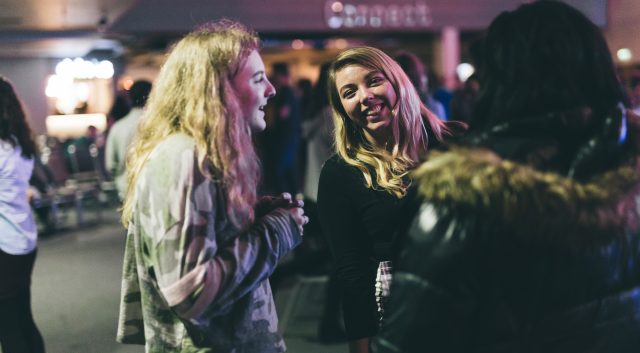 Why should you find a church at uni? 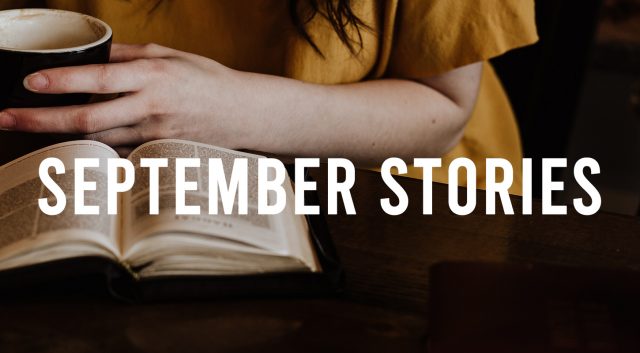