The Tip of the Iceberg

There’s a famous story of a man who sat in a church once and listened with close attention to a sermon for those who wanted to accept Christ. During the final hymn, a collection was taken but, to his embarrassment, he found he had no money on him. All he had in his pockets was a pen and an old bus-ticket. So he wrote on it ‘I give myself’ and put that in the collection plate.

Why would anybody want to worship?

That man’s attitude is exactly what Paul was getting at when he wrote to Christians in Rome, “Therefore, I urge you, brothers and sisters, in view of God’s mercy, to offer your bodies as living sacrifices, holy and pleasing to God – this is your spiritual act of worship” (Rom 12:1). This comes after Paul has spent eleven chapters laying the foundations of our faith.

‘Romans’ is such an important book in the bible because it explains in full what the gospel is all about. It begins with the bad news that all humans have sinned and fall short of the glory of God. Every man and woman who has ever lived is guilty of breaking God’s law. We’re all guilty of thinking we know better about how to live. Guilty of causing pain in other people’s lives. Guilty of giving in to temptation. And because God is just and his standard perfect, the only proper judgment for our crimes is death. But (thank God!) the gospel is also good news about God’s mercy.

Mercy because we didn’t get what we deserved. Jesus was punished in our place. Mercy because “while we were still sinners Christ died for us”. While we were messed up and still defiantly going our own way, the Lord chose to save us. This good news is what Paul is talking about when he says “in view of God’s mercy, present your bodies as living sacrifices”. Having finished his magnificent explanation of the gospel to fellow-Christians, he now challenges us to respond. “If this is what God’s  done for us” Paul asks, “how should we respond?” If Jesus has given his life for us, what can we give to him? If God’s blessed us with what we don’t deserve -by answering our desperate prayers, by putting people in our path to help us, by taking away our feelings of guilt, by making our lives meaningful – how can we thank Him? Paul tells us how we should respond. “In view of God’s mercy”, he says, we should worship.

What does worship actually mean?

Bottom line, worship is a response. The man put the note in the plate because he felt urged to. Hearing the good news about Jesus, he knew he just had to respond. But what did he actually scribble on the bus-ticket? “I give myself.” That man understood what Paul meant when he defined worship as giving yourself as a “living sacrifice”. What I don’t think he realized was how shocking that definition was both in Paul’s day and in ours! Both Jews and Gentiles in the first century thought they knew what worship was. It was something a priest did for you in the temple – a cultic ceremony where you watched your animals be killed, bled and burnt on the altar as an offering to your God. So can you imagine what they’d have thought when they heard Paul take this gruesome image from common religious life and then say, “that sacrifice, that animal on the altar, that’s going to be you!”.

Worship, beneath the surface, underneath the water, is really about what we do with our whole lives.

And Paul’s definition of worship should shock us now. Unlike the man in the church, we think we know what worship is. It’s a service where we meet together every week to sing songs and listen to a sermon. Or when join in a prayer of thanksgiving. But Paul argues that all those things are just the tip of the iceberg. Worship, beneath the surface, underneath the water, is really about what we do with our whole lives. “Living sacrifices” aren’t supposed to be offered in the temple courts or in church, but in our homes, offices and schools mid-week. They are the seemingly inconsequential acts of service that no one sees. They are those daily decisions to say ‘no’ to ourselves and ‘yes’ to God. Wonderful worship recordings or huge Sunday services are meaningless if they’re not connected to obedience in the ordinary things we do. If our worship songs aren’t the focus-point of that wider worship, then we might as well not sing them.

What does worship actually involve?

This meaning of worship, though it might’ve stunned those Romans 2000 years ago and should shock us now, was by no means a new idea. Paul didn’t wake up one morning and think, “The old men in the bible were wrong! Worship that’s really “holy and pleasing to God” is like this…” No way. Paul knew that it was always God’s intention that our lives should revolve around him. If you look back in the Old Testament, God told the people of Israel to pitch camp in a certain formation. They were to place their twelve tribes in a big circle and, “in the middle” God said, “that’s where I want my temple to be”. Do you see what He was trying to communicate by setting up the camp that way? He was saying, ‘For my people, life is to revolve around worship of me’. In ‘Romans’ Paul is simply applying a principle that God revealed to his people long ago. He’s saying that what we say about Jesus with our lips or feel about him in our hearts is just the tip of the iceberg. Our bodies, our whole lives, are to revolve around God.

Talk of the “body” in the Ancient World wouldn’t usually involve religion. You’d be talking about sex or something considered very unspiritual! In a world so influenced by Greek philosophy, worshipping the divine wassomething that involved your heart or your soul, not your body. “Not so”, says Paul. The offering of your body is in fact your “spiritual” act of worship.

Over the next few months he gave over to God his sex life, his career plans, his drinking habits – literally everything in his life.

I have a friend called Rob who became a Christian two years ago. He was a successful sportsman at university, landed a great job upon graduation and soon after was married. A year later he came home to an answer machine message informing him that his wife’s new apartments were ready for her to move into. After the divorce had come through, Rob went through a serious depression and started to drink heavily. He was in a pretty desperate state. Then something happened which changed his life. On a business trip to San Diego he met a Christian who told him about Jesus, and the lengths God had gone to in order to save people like him. As he walked along San Diego beach a few nights later, out of the blue Rob heard a voice in his head say, “It’s okay. Now you know the truth”. Overjoyed, he replied, “God, I haven’t managed my life well. You can have it all!” Rob realized that worship -reacting to God’s mercy – involved his whole body. Over the next few months he gave over to God his sex life, his career plans, his drinking habits – literally everything in his life. I think God wants us to worship in the same way and to say to him on a regular basis, “You can have it all”.

Why does worship make a public statement? Worship, then, is more than a church service. It’s about sacrificing your bodies to God seven days a week. Does this mean that worship is a private affair, something we do locked up in our homes? Not at all. Paul continues in verse 2, “Do not conform any longer to the pattern of this world, but be transformed by the renewing of your mind.” Worship is clearly, therefore, a public statement. A statement to be made in the pub or in the gym, on our coffee breaks at work, during lunches at school. “Don’t let the world squeeze you into its mould” reads one translation. So what is the world’s mould? Well, have you ever noticed how people talk about doing what’s ‘natural’? “If it feels good, do it!” – people say stuff like that all the time. People say that it’s natural that if you’re a teenager, you should try out different drugs. Or if you’re depressed about your life it’s natural that you should find comfort in alcohol. If you’re in deep trouble at work, it’s natural that you should lie, blame-shift, and get out of it. It’s natural that if you want something, you should do everything with in your power to get it. Even if that means running over other people who’re in the way. If you love a woman, it’s natural that you should have sex with her – never mind the fact she’s not your wife. If someone hurts you, it’s natural that you should hurt them back. That’s the mould. And God says kindly, “Don’t let the world squeeze you into that”.

For the Christian, time spent attending meetings or energy spent singing songs is just the tip of the iceberg.

Instead, Paul writes, “be transformed by the renewing of your mind”. For the Christian, time spent attending meetings or energy spent singing songs is just the tip of the iceberg. Worship is really about being transformed by someone who’s bigger and better than us. Worship is throwing ourselves on the altar and having all our impurities burnt away. Worship is allowing God to change our minds. Allowing him to have his wonderful way with us. 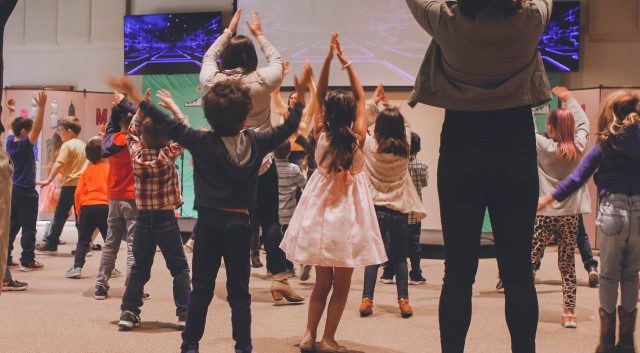 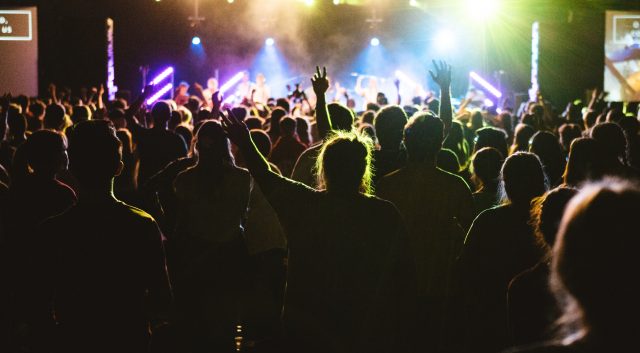 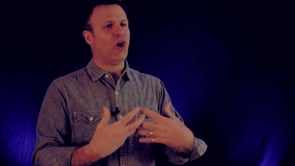 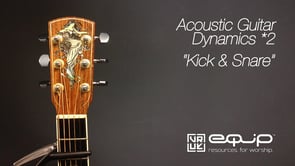