In the article from Christianity Magazine, John and Eleanor talk about the history of the Vineyard, leading together and their hopes for the Church in the UK both now and in the future.

The Mumfords’ story is certainly not one of traditional church leadership. Over the past 25 years the couple have taken risk after risk – founding and growing the Vineyard church movement in the UK and beyond.

John and Eleanor’s theological outlook began to shift from being deeply conservative when John became a curate under John Collins. ‘I thought I would just endure the charismatic nonsense… we even thought we might be able to correct them,’ John says.

I thought that the worship was endless – all of 20 minutes.

And then along came John Wimber. Or, more strictly, John Mumford went to find him. ‘To start with, frankly, I was petrified that I’d stumbled across a cult’, says John of his first experience of Wimber’s ministry. ‘I went to one of their small groups – just imagine me, I didn’t know California, it was blazing hot and there I was with suit and tie, rolled umbrella and briefcase because I didn’t know any better. I thought that the worship was endless – all of 20 minutes. I was used to doing two minutes of worship; half a hymn, perhaps. But it was beautiful and riveting because of the intimacy and the engagement that came through.’

Eleanor met Wimber a year after John, and was also profoundly influenced and shaped by his then-radical theology of the Holy Spirit, as well as practice of church and prayer. The Mumfords went on to spend a longer period with Wimber in Anaheim, watching and learning from him, which was when they began to sense a call to plant a Vineyard church in the UK.

I hear realism about the hardships, but not even a hint of a complaint.

To give up your main source of income, housing and status as a church leader in order to plant a church in your front room cannot be easy, but in 1987 – when church planting was still an alien concept to many in the UK – that is what the Mumfords did. They had two young boys and considerable disapproval to deal with; yet when I ask them what this was like, I hear realism about the hardships, but not even a hint of a complaint.

The picture was not your average cross section of Royal Albert Hall goings-on – the crowd were standing, laying hands on one another and praying for healing.

I spoke to John and Eleanor shortly after the HTB leadership conference, about which they bubble over with positivity; rejoicing in how the event united Christians who had come from across the globe and from an equally diverse array of church backgrounds. Eleanor was the only woman to give a main stage address. By the end of her preaching, the picture was not your average cross section of Royal Albert Hall goings-on – the crowd were standing, laying hands on one another and praying for healing by the power of the Holy Spirit. But for the leaders of the Vineyard movement, that’s nothing out of the ordinary.

You can read more of Lucinda van der Hart’s interview with the Mumfords, in which they reflect further on their time with Wimber, share the key to the strength of their marriage and their hopes for the future of the UK church, in the July 2013 issue of Christianity magazine. 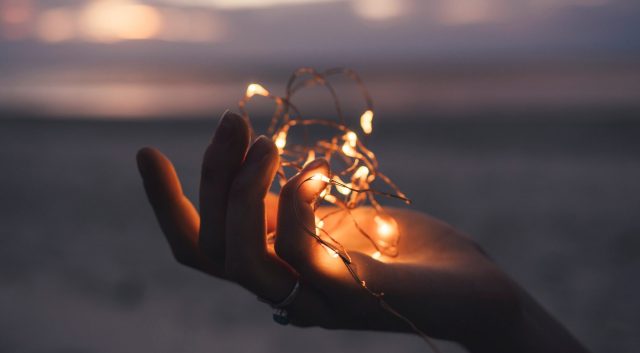 What is Power Evangelism? 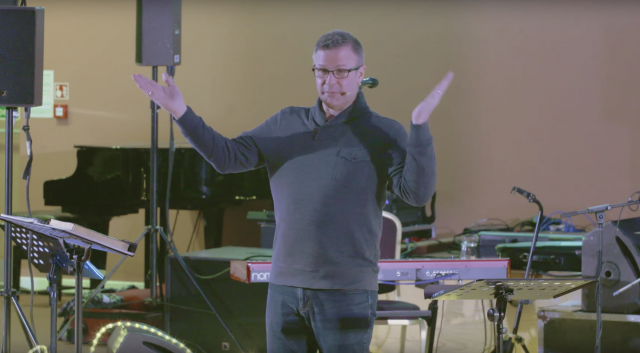 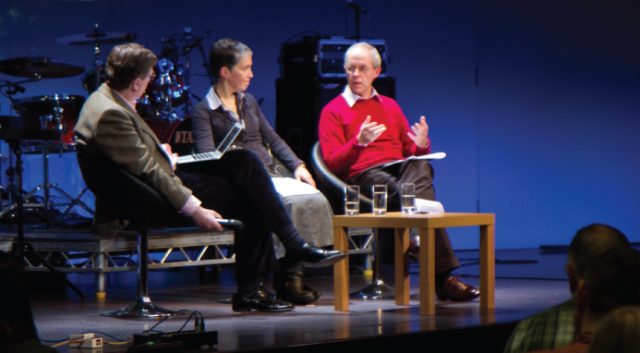 An evening with Justin & Caroline Welby